10+ years of experience in eastern medicine 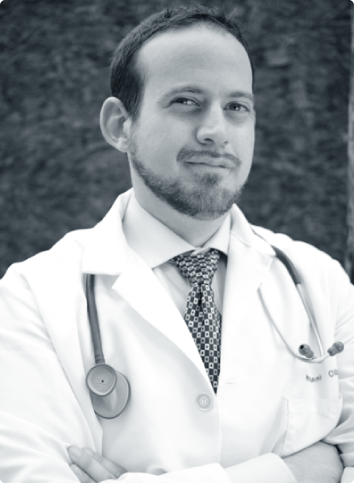 In 2005, a friend who was enrolled in Acupuncture school convinced me to take an introductory class. I quickly became enamored of a medicine where every patient is treated as a unique individual, and the serious disease of the day (SARS) was successfully treated using ancient herbal remedies, when Western Pharmaceuticals failed.

While pursuing my studies, I had the opportunity to move to Hong Kong for 6 months, and apprentice under Dr. Troy Sing, one of Hong Kong's leading acupuncturists. Approximately 80% of our patients were men and women from all over the world who were attempting to conceive. In Hong Kong, I learned how to work closely with OBGYN's and reproductive endocrinologists, and how to best use acupuncture and herbs in conjunction with Western-style treatments. It was also at Dr. Sing's clinic where I treated my first professional rugby player, and learned how to get real results in the course of treating Pain and Sports Injuries. When I returned to America, I had the privilege of becoming the locker-room acupuncturist for the Chicago White Sox.

Moreover, during my advanced training (at the Pacific College of Oriental Medicine), I had the opportunities to complete externships at Heartland Health Outreach and Project VIDA, two clinics with a focus on treating people with chronic diseases (HIV, Hepatitis, etc.). It was at these clinics that I witnessed TCM's life-changing effects on Anxiety and Depression . In addition to mitigating some of the adverse effects of drug regimens, I successfully used acupuncture to treat a variety of complaints including anxiety, fatigue, heart palpitations and panic attacks.

After graduation, I received training from Dr. Martha Lucas in the Mei Zen method. Mei Zen, which means "Beautiful Person" in Chinese, is an acupuncture protocol used to naturally rebuild collagen and elastin in your face and neck. It is often referred to as an "acupuncture face lift," and can reduce wrinkles, jowls, and acne. I have received further training in the Zheng Gu method of Tui Na (Chinese Medical Massage), the Balance Method from Dr. Tan, and Orthopedic acupuncture from both Matt Callison and Whitfield Reaves. Currently, I'm a professor at the Pacific College of Health Sciences, where I teach a variety of courses, and I guest-lecture across the country when my patient schedule permits.

Balanced energy leads to balanced emotions. If you’re looking for a drug-free mood boost, or an antidote to some of your life’s stressors, Chinese Medicine can help you lead a more balanced life.

Acupuncture has been clinically proven to more than double the success rate of IVF. Additionally, I have a great track record of helping couples conceive naturally.

I've treated everyone from professional body-builders and all-star MLB players to people who hurt their shoulders in pick-up basketball games.

By using herbal medicine, electric point-stimulators, and acupressure techniques, I can still get great results for patients who don't like needles.

I offer a variety of services and can work with your medical and financial needs.
Contact us for pricing

All the benefits of an office treatment in the comfort of your own home or hotel room. I will provide a table and supplies and clean up afterwards. Round-trip travel time will be included in pricing.
Book a visit

This massage is an intensive medical procedure geared towards athletes who seek relief from muscle and joint pain. An abbreviated version can be combined with an office visit.
Book a visit

How does acupuncture work?

It all depends who you ask. According to traditional Chinese medicine, inserting acupuncture needles in more than 300 acupuncture points on the body helps control the flow of qi (pronounced chee), a vital energy force that governs health. Qi is said to circulate from one organ to another along a network of about 20 pathways known as meridians. Illness and pain occur when qi becomes obstructed by poor diet, bad posture or unhealthy habits. Some U.S. doctors don't buy into the Chinese concepts of qi and meridians. But, some of the same doctors believe acupuncture is effective because imaging studies of the nervous system have shown that the insertion of the needles triggers the flow of electromagnetic signals through the body, which in turn release pain-killing proteins called endorphins. Other doctors believe it works via the manipulation of a specific kind of tissue called fascia that connects all of your muscles and organs. 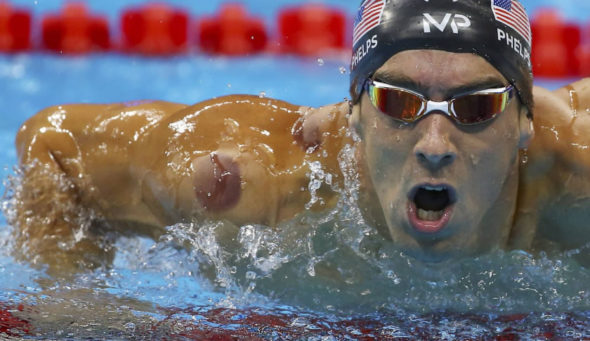 Moxibustion is the the original targeted-heat therapy. It involves burning a type of Chinese herb called Moxa near specific acupuncture points. The moxa can be in powdered or charcoal form and is excellent at treating arthritis and improving circulation.

Cupping involves the placement of vacuum cups on the skin. This modality brings blood to targeted tissues relieving pain and congestion. The distinctive marks it leaves were seen on many athletes in the 2016 Olympic games.

Gua Sha is a method of breaking surface capillaries with a massage tool to treat stiffness, congestion and the early stages of the common cold. Chiropractors use a modified version of this practice and call it the Graston Technique.

Tui Na is Chinese medical massage. By using classical hand techniques a practitioner can work on specific tissues alleviating persistent muscle spasms and knots. Traditionally, students study Tui Na by practicing on bags of rice until they are able to grind the rice into powder with their bare hands.

E-Stim involves running a gentle current through pressure points. It feels like soft tapping, and can be used to intensify any acupuncture treatment.

Who can practice acupuncture, and what kind of training is required?

What happens during a treatment?

From one to thirty needles may be used. They are usually inserted between one-eighth of an inch and 1 inch deep, and most patients feel only a slight discomfort, a tingling feeling known as deqi (da-chee) upon insertion. The acupuncturist may twist the needles or flick them to stimulate the acupuncture point. Some needles will be placed near the source of pain. Others may be inserted at one of the acupoints on the body, including the head, hands and feet. The needles are typically left in for 20 to 35 minutes. Many acupuncturists add E-stim; this very gentle electrical stimulation enables you to get different endorphins or serotonins released at different frequencies, says Dr. Robert Bonakdar, director of pain management at Scripps Center for Integrative Medicine.

Acupuncture needles are much thinner than hypodermic needles, about the width of two or three human hairs. The disposable, stainless steel needles are also solid and don't have the beveled cutting-edge point of injection needles, so they're not as painful on insertion and there's little risk of bruising and skin irritation. Certain acupuncture points on the body can be more sensitive than others, especially if the patient is suffering acute pain. And, some longer, thicker needles (often required when treating large muscles in the thigh or buttocks) can cause more discomfort than the shorter, thinner needles.

How soon can you expect relief?

Don't expect to feel significantly better after one treatment. Most practitioners see patients once or twice a week for four to six weeks. Persistent problems, such as chronic back pain, can require monthly maintenance visits after the initial pain is relieved.

Do you have to believe in acupuncture for it to work?

It helps, but it isn't necessary. Acupuncture is used successfully on animals, which don't understand or believe in the process.

What is the major criticism of acupuncture?

Some scientists say the benefits of acupuncture are unproven and that it lacks sufficient clinical testing to show it to be efficacious. After all, you can't find qi under a microscope or study it in the lab. Skeptics say that any positive results that acupuncture patients feel are due to the placebo effect, and that the pain would have eventually gone away without treatment. Acupuncture practitioners argue, however, that it's not possible to test acupuncture the modern medicine way. Double-blind placebo-controlled clinical studies are impossible with acupuncture, Bonakdar says. But acupuncture shouldn't be held up to the same parameters (as Western medical treatments). It doesn't fit into that paradigm.